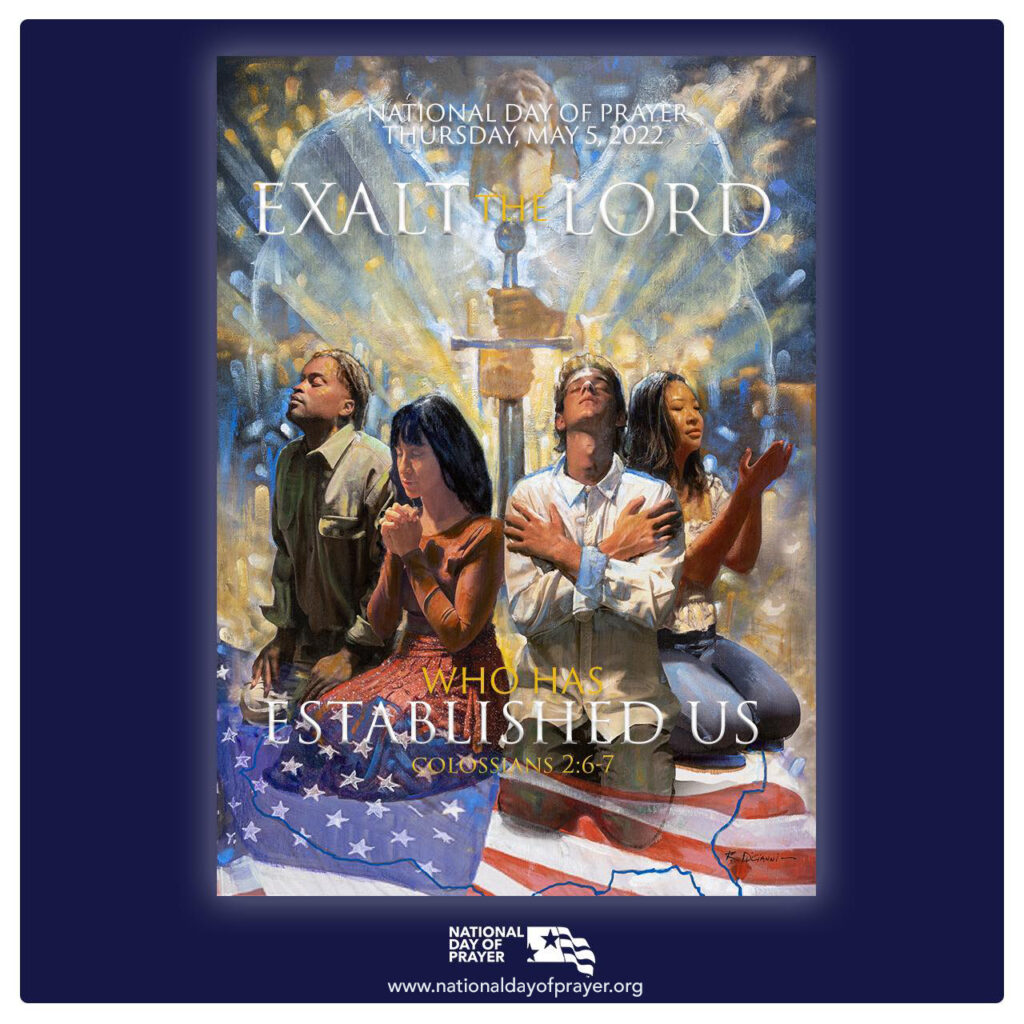 Join us on Thursday, May 5 at 6:30 a.m. in the Family Life Center to pray this year’s theme “Exalt the Lord who has established us” From 2 Colossians 2:6-7. Breakfast will be served.

Colonel David Dodd was commissioned in the U.S. Army Signal Corps in 1984 upon completion of ROTC as a Distinguished Military Graduate, with a degree in Business Administration from Longwood College, Farmville, Virginia. He received a Master’s of Science degree in National Resource Strategy from the Industrial College of the Armed Forces (ICAF), National Defense University, Washington, DC.

Colonel Dodd served as a Platoon Leader and Company Executive Officer in US Army Battalion assigned to NATO, located in Germany. He then served in the 82nd Airborne Division, and the United States Special Operations Command, Fort Bragg, NC. COL Dodd then served on the Army Staff in Washington, DC followed by an assignment as the Chief Operating Officer for Defense Information Systems Agency, Pacific. COL Dodd then commanded an Army Battalion in Afghanistan and Iraq. Following battalion command, COL Dodd served within the Chief of Staff of the Army’s staff group. He then earned a Master’s Degree from the National Defense University, followed by command of the 35th Signal Brigade. Colonel Dodd then served as the Chief Information Officer for the U. S. Army Forces Command in Atlanta, GA. Colonel Dodd’s last military assignment was within Joint Forces Command, Suffolk, VA.

Following 27 years of service in the United States Army, David served as the Executive Vice President, Leading The Way with Dr. Michael Youssef. In 2014, David founded, and serves as Executive Director, Point 27 Ministries, Inc. with a mission to strengthen and encourage members of the Armed Forces, First Responders and their family members.

David is married to his college sweetheart, Sharon and they have two daughters, Caitlin and Grace, son-in-law, Jeff, and granddaughter, Brooke. The Dodds reside in Marietta, GA.